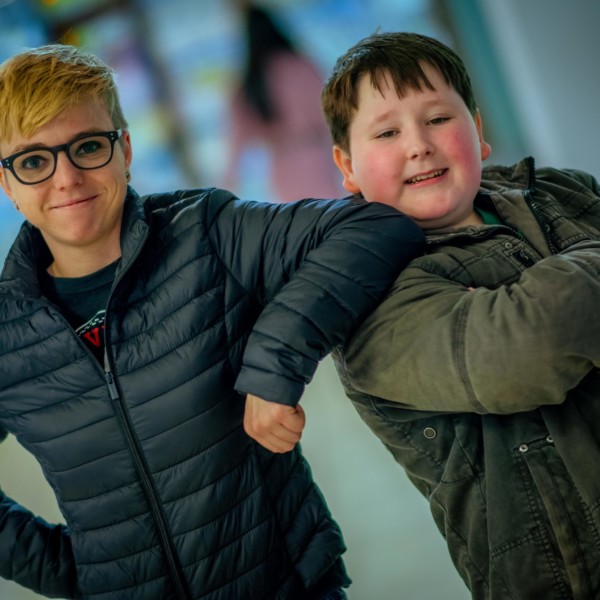 intandem, Scotland’s national mentoring programme for children looked after at home has launched a new film to celebrate the third anniversary of their first mentor-mentee match.

Screened for the first time at an event at Edinburgh’s iconic Scotsman Picturehouse, the film takes a closer look at some of the individual stories of eight young people aged 8-14 years with experience of mentoring through the intandem programme.

With footage gathered across various locations over December and January, the film also captures a special reception for intandem mentees held by First Minister Nicola Sturgeon at Bute House, her official residence, as part of her commitment to hearing from young people with experience of the care system.

Guests at the launch event included young people featured in the film, as well as members of the wider intandem community, which encompasses mentors, families, charities and social workers involved in supporting the programme.

Continuing her close relationship with the intandem programme, Minister for Children and Young People Maree Todd was also part of the celebration, presenting participants with commemorative certificates and trophies.

“I was very pleased to be part of intandem’s three-year anniversary celebrations, and I welcome the benefits that having an intandem mentor has had for young people and recognise the achievement of 300 matches being made.”

“The Scottish Government is committed to improving the care, support and opportunities for care experienced children and young people. We are keen to work with intandem and all relevant stakeholders to take forward the Care Review’s conclusions to ensure that all young people get the right support at the right time, and for as long as necessary.”

“This new film highlights the amazing group of people involved in intandem over the last three years. From the 140 incredible young people involved every week, the charities who provide the essential scaffolding and support, to the volunteer mentors from communities around Scotland.

“As the recent Independent Care Review shows, the importance of listening to young people and supporting them in building trusting relationships has never been more significant, and we know that intandem is making an enormous difference in young people’s lives.

“However, there is a huge amount still to do, and we’re determined to extend intandem’s reach to even more children who are looked after at home across Scotland.”

Funded by Scottish Government and delivered by Inspiring Scotland, intandem is Scotland’s mentoring programme for young people who are looked after by their local authority and living at home.

Launched in November 2016, the programme was developed to support children and young people looked after at home by helping them to build a consistent, trusting relationship with a positive adult role-model. Having a committed and positive role-model who listens and takes an active interest can help young people facing difficult circumstances to build relationships, experience new things, become more involved and realise their full potential.

The programme is delivered by 13 charity partners across 20 local authority areas, and there have been more than 300 matches between young people and intandem mentors across Scotland over the past three years. There are currently around 140 active intandem matches, meeting weekly on a voluntary basis in communities around Scotland, which will continue for as long as needed.