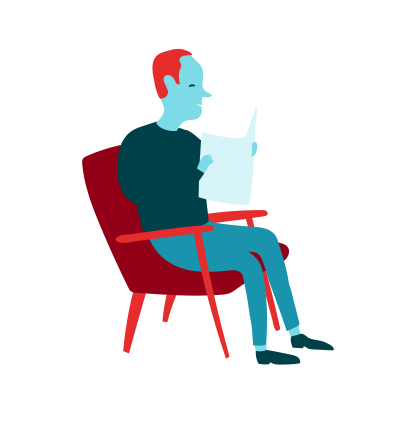 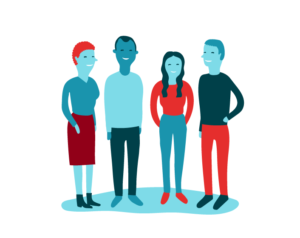 In Scotland, there has been an increasing focus on wellbeing.

First Minister Nicola Sturgeon recently revealed in a TED Talk her view that a country’s output should not just be measured economically, but by the impact it has on how its people feel. New Zealand recently handed down its first budget which focused on wellbeing, promoting initiatives that enabled prisoner rehabilitation and tackled societal issues. As the country’s Finance Minister Grant Robertson put it: “How could we be a Rockstar [economy]…with homelessness, child poverty and inequality on the rise?”

Young People especially benefit from a focus on wellbeing.

By living active lives with a supportive community around them, their potential and opportunities increase. That’s the ethos behind intandem, the mentoring programme that supports hundreds of looked-after children in Scotland. Thirteen separate charities, all with experience of working with young people, are funded by Inspiring Scotland to establish mentoring relationships between children and young people and trusted adults.

These relationships are long-term and have a marked improvement on young people’s wellbeing and attainment. We’ve recently published a full report of the service which has included a Comprehensive Independent Evaluation  by research consultancy Blake Stevenson.

It’s clear the initiative is having a marked impact not just on young people’s chances for success, but on their quality of life too. According to Blake Stevenson’s independent evaluation:

In addition, the outcome data of the programme speaks for itself. From November 2016 to June 2019, 247 matches have been made, with 438 mentors trained, 401 referrals received and the average match lasting 15 months.

Callum*, who is 14 years old, had been referred to the programme after being on a Compulsory Supervision Order for four years. Social work had been involved with his family since he was seven. His school attendance was at zero per cent and he had limited social contact.

He was paired with Jenny, his mentor, who helped develop his confidence in engaging in social activities and attended a school meeting with him, enabling him to talk openly and honestly about the challenges he faced. This put him on a path to a part-time timetable, bringing his attendance up to 100 per cent, and to a diagnosis of Asperger’s Syndrome, helping him make sense of some of the issues he was facing and helping support his additional learning needs.

“I’m so happy that I finally know why life is so hard and I’m not just daft,” says Callum. “I am better at socialising with people and can speak to them…I am motivated to go on courses and learn new things, which I wasn’t before.”

That’s the real impact of intandem – one summed up in a single sentence by another mentee:

“It’s great just to be able to feel like a kid again.”

*Callum’s name has been changed to protect his identity.