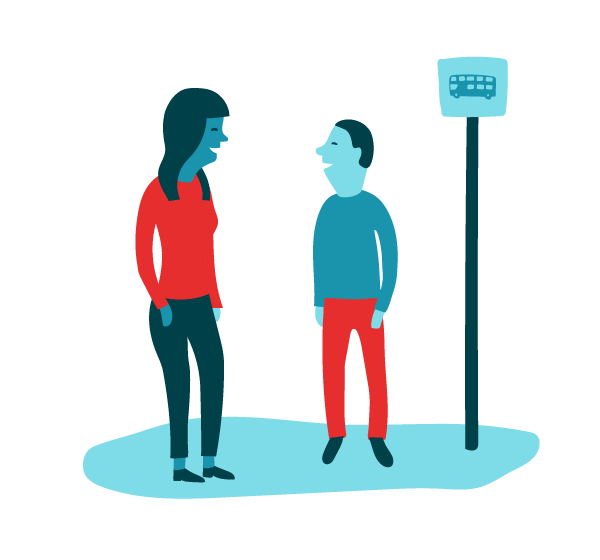 “I’ve noticed a huge difference in Rob recently. He is like a different boy; his body language has changed and he sits up straighter and stands tall,” says Christine, Rob’s intandem mentor. It is a long way from the boy he was less than a year earlier; he was very shy and hid his face in his clothes when he had to talk to people he didn’t know. He had low confidence and poor self-esteem, had disengaged from school and was socially isolated, he hit out at his sister and had made threats of self-harm.

Rob had lived in nine different homes and attended six different schools in Dundee and Edinburgh, he had witnessed domestic violence, alcohol abuse and had experienced neglect. He had then moved in with his auntie to get a new start and they became very close. Eight months later, Rob found her dead in her home. He was 11 years old. Rob was referred to the care of his local authority and rehoused with his mother.

The story of Rob’s transformation is a story about trust, commitment and understanding – especially from his mentor Christine. But it began long before they met.

There are thousands of young people in Scotland who, like Rob, are in the care system but live with a relative at home. The experiences that result in young people entering the care system can be incredibly disrupting, isolating and harmful, and the young people still living at home in potentially disruptive environments often lack a positive and trusted adult role model to help them cope.

A few years ago, Inspiring Scotland partnered with Scottish Government and designed and developed intandem, Scotland’s national mentoring scheme for young people looked after at home.

Today, we work with dedicated coordinators from 13 different charities in 20 local authorities and hundreds of volunteers have been recruited. The intandem approach matches vulnerable young people with adult mentors, allowing them to build long-term, positive, trusting and supportive relationships, and helping these young people to thrive despite their adverse circumstances.

This is how Rob and Christine first met. The intandem mentors are matched with young people based on shared likes, interests and experiences and the young people always have the final say. Rob picked Christine straight away because she liked football and other sports, and computer games and cooking, like he did, and because she was originally from Dundee, like he was.

Over weeks and months, they tried different activities – playing golf, playing pool, and going for walks along the East Lothian coast. Rob began to take the lead in choosing activities they did together as their relationship grew.

Christine shared with Rob her experience of bereavement and the loss of her grandmother. With Christine’s help, her patience, trust and understanding, Rob started to come to terms with his grief and more forward.

For the first time in a long time, Rob had aspirations for himself and set goals – he wanted to be kinder to those around him and help out more at home, he wanted to get fit and exercise more, and to make more friends. Christine and Rob worked on those goals together and today Rob has achieved all of them.

When Christine and Rob first met, he would hardly ever leave the house and when he did the police usually brought him back. Now, he has a group friends he meets regularly and stays out of trouble. His mum says he is much happier and helps out around the house. Rob says he looks forward to meeting up with Christine and is glad to be in less trouble than he was before.

This is Rob’s story but there more than 100 intandem mentoring matches across Scotland helping young people to transform their own lives. So that they, like Rob, can begin to stand tall.

This story has been anonymised to protect the identity of the young person and their mentor.

A Huge Thank You to Our Mentors